Know this Feeling? (Image from GIS)

At this point, if you’ve followed my blog, you’ll know that my life is far from what one might call normal.  Still, it is my reality.  A part of that reality is having to deal with the inconsistency of my chronic illness, i.e., fibromyalgia.  There are some days that I feel great, like I could go run a marathon or two, and there are some days when even the thought of opening an eyelid seems like too much of an effort.

With such fluctuations in one’s daily experience, it can feel hard to create a sense of order to your life.  After all, what’s the point of making plans for the next day you’re never sure how you are actually going to be?

Over the years, I’ve engaged in an internal psychological warfare, trying to force myself to feel better when I don’t, blaming myself for real and imagined shortcomings, and even giving up on myself when I fell short of my expectations.

The path to living peaceably with fibromyalgia is far from smooth. However, over the past year, I’ve been working on letting go of my self-frustrations, allowing myself to feel whatever I feel, and strategizing how to take small steps that move me healthily along my path. 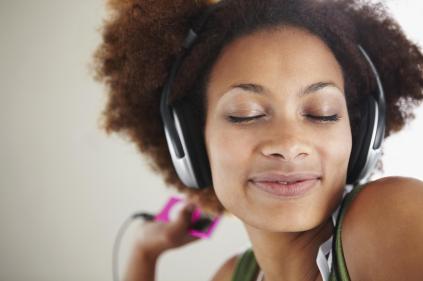 So, here are 3 steps that I’ve found useful to keeping internal order even when everything else feels like it’s in utter chaos:

I cannot promise you that following these steps will change everything in your life.  I do believe, however, that they are the beginning steps that will take you closer to where you would like to be.  Remember the key thing is consistency.

It doesn’t matter what you decide to do–how big or small it is–just be consistent.  Learn to appreciate the small steps you can take, so that when you are able to take larger steps, you understand the magnitude of your accomplishment!

From article “Black women and weight: Relocating to the South helped one woman change her self-image and accept her body” on TheGrio.com. Click to read.

I came across the above quote while searching for “negative body image Black women” on Google. My first reaction: “What a load of crap!”  My second reaction: “Really, what utter nonsense.”

Certainly, women of different races/ethnicities/cultures may have different body image issues.  To go so far, however, as to imply that all Black women “are proud of their bodies” is to deny the reality of Black women and girls who struggle on a daily basis with body image issues that may ultimately lead to eating disorders as well as an utterly tanked self-esteem.

I get the point that Banks is trying to make, however.  She is reinforcing a stereotype that Black women are happy with their curves–it’s not a bad stereotype really.  Also, I’m a big fan of being happy with your body no matter its current state–simply work on where you need to go, whether that is up or down some notches on the scale.

On the other hand, this stereotype is one that can work to keep Black women from moving their bodies more and becoming healthier. After all, if we love our curves so much and our “big butts”, then what’s a few extra pounds or 30?

Actually, let’s back that up. Is Banks actually saying that black women “love big butts”?  Not really.  What she is saying is that “Black men love big butts.”  So, in essence, the comfort level that a Black woman feels with her own body is apparently in direct relation to the acceptance of Black men of her body proportions–WHAT?

Perhaps my lesbian (homoflexible), feminist, free thinking self has just gotten this quote all wrong.  Still, it bothered me.  It bothered me because I was searching for information that would useful to Black women who are struggling with negative body image.

The reality is that It’s easy to find resources for non-Black women.  Absolutely. I know from experience that the majority of young women and girls who are in treatment for eating disorders are non-Black.

It’s time to clear up this mess. First, let’s do so by balancing the good of the stereotypes with the harsh reality that some Black women face. It’s no joke that the CDC lists heart disease as the number one killer of Black women. Let’s start speaking more mindfully and seeing each other as humans first, capable of both joy and suffering at our own hands.
Until Tomorrow (seriously)

Thinking about going vegan? Worried that you can only eat lettuce? Frantically thinking about surviving living abroad while vegan?

Check out My Vegan Munchies‘ YouTube channel to learn great recipes to begin your vegan/vegetarian journey.  I’m super happy that I learned about her channel.  Other healthy living vloggers I love are CharlyCheer (health/travel) and Zipporah G (health/travel).

Lately, I’ve been writing, but not publicly. I have an awful tendency to stop writing because I believe I have nothing of interest/importance to state–usually, that translates into “I feel like crap about myself in the world.”  I recognize that writing about true feelings/thoughts not filtered through psychobabble scares the living daylights out of me.  Seriously.

It is a scary thing just to write “I feel…” and not add something about Freud or CBT or DBT immediately before or after it.  What would it mean to simply state my feelings, my thoughts unfiltered, uninhibited in my own little virtual space?  Who knows. This, however, is the starting point.

It’s a promise to myself. Every morning, I will write something, anything on this little blog of mine. It may interest you. It may bore you to tears.  The point, however, is that I am writing what is honest/authentic/true for me. I hope you’ll continue to give me your support.

Also, I an starting a health journey daily vlog upon my return to the US.  It will run from May 25-August 15, and will be tracking my progress with taking better care of my overall (but mostly physical) health, including diet, exercise, hair, skin, etc. I am really ready to commit to a healthy vegan and natural lifestyle, and I would like to document that process. So, wish me good fortune on that as well.

Sometimes it’s when we are about to experience enormous change that we truly recognize the direction in which we are heading. 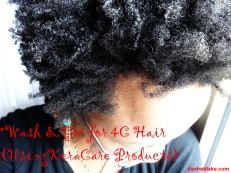 I got it together to begin posting videos again.  This one is on the “Wash & Go” style.  I have made both an English version and an Italian version. 🙂

Although an easy go-to style, the “Wash & Go” isn’t one that I would recommend wearing often as it leads to knots/tangles.  The idea of the style is to be able to wash your hair, add some products, and get out the door.

In most cases, one of the main products used for this style is gel–I’m just not about that particular life.  So, I opted for KeraCare‘s Twist & Define Cream instead.  It worked well for my hair, and left my hair feeling soft.

Curious to see how my “Wash & Go” turned out?  Watch either video below! 🙂  And if you could, please visit my YouTube channel to like this video and subscribe!

photo from Yagazie Emezi on Tumblr. Click to visit.

Being in pain, bedridden, forgetful, and generally low-spirited can seem to be the name of the game when it comes to having fibromyalgia–It doesn’t have to be.

Well, how about focusing not on the moment that’s sucking the life out of you, but the possibilities of the next moments?

I’m usually big on being mindful to moment, but let’s be serious: there are some moments that it’s just not worth it. And reflecting on the past can be a double-edged sword. You can begin to mourn who or how or what you used to be, instead of focusing on the positives of the past.

So, it might just be useful to look forward to the unknown future. Allow yourself to dream your possibilities, and then…

Now, when I imagine what I can/will (a.k.a. should be able to) do something, I take several steps back, and tell myself two words: do less.

In other words, challenge yourself to create opportunities for success.

Everyone needs that, especially we who have fibromyalgia.

Take small steps. Expect nothing of yourself. Celebrate everything that you do.

If you have fibromyalgia (or perhaps any chronic illness really), sometimes it may feel like you are in a constant war with your body.  It doesn’t work the way you want it to.  Perhaps you feel that you can no longer trust your body and that it has betrayed you–I know I felt like this for a really long time.

Having fibromyalgia has allowed me to slow my thoughts down to fall into step with my body.

There are many negative ways that you can spend time thinking about your illness. Still, who wants to live like that? 😉

I made a promise to myself that this year would be a body positive fibromyalgia year. Actually, every year from this point forward will be that.

I resolved to learn what are the positive ways that I can think about my illness…and its impact on my body.

So, love your body, embrace your illness, rebuild trust with your body and take one more step on your path to happiness.

So, I took myself out for Valentine’s Day. Watch what happens. 🙂

Specifically, I used the KeraCare Leave In Conditioner, Essential Oils and Twist & Define Cream to do single strand twist Bantu knots.  The result was soft curls, and even softer hair.

I’ll be upfront and you’ll see in the video, the only product that I bought was the Leave In Conditioner, which I consider to be expensive (I tend to be really frugal)–but I decided that I really needed a leave-in.

The total cost of the Leave In Conditioner was 18.90€.  The rest of the products were samples that I received from the store–Lucky!! 🙂

I tend not to buy commercial styling products. Hair cleansing products, such as shampoo and conditioner, I go with Garnier Fructis line (price range: 2-3€).

Also, I tend to leave my hair alone, i.e. I don’t style it often to manipulate the natural curls I have.  As the title states, I have 4c hair, which is delicate and is best not to over manipulate. So, generally, I keep it in a protective style and call it a day. 😉