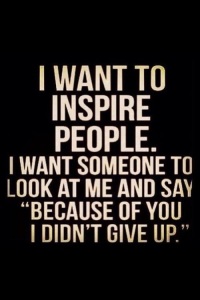 I’m stuck…sort of. It’s the end of August in Rome and I’ve been living through Attack of the Mosquitoes and Sweat World.  The fan I had for two days died. It’s not its fault. It was pretty old.  Still, I need a new one.

It’s hard remaining in that in-between state, that cocoon, like waiting to be born again, except it has nothing to do with Jesus. I’m there, I’ve been there for some time now, and I know I’m getting close to the end of that stage…but it’s terrifying.  It’s terrifying knowing that it’s impossible to go back, or stay where you are, or do anything else other than move forward.

Still, terror can maintain stasis, paralyzing the motivation to either fail or succeed–yes, you can be motivated to fail.  The more we try to push terror away, the more intense it seems to become.

So, I’ve decided to embrace my terror. All aspects of it. The terror of success and of failure that is embodied within.

I’ll have a talk with the twin parts of myself: talent and self-sabotage. I’ll let them know that it’s okay to be terrified.

It’s okay to fail as long as I (we) continue aiming to succeed.

2 thoughts on “Motivation…Oh, Where Did It Go?”