Happy Thursday, Everyone!  I found this post while searching for meditation/devotional prayer challenges.  The quote stopped me in my tracks.  It was exactly what I needed to reader first thing this morning.

As many of you know, I prefer the word Universe as I do not prescribe to particular religion. I try to keep an open mind to the information that comes across my path, because I believe that we attract to ourselves what and/or who we need to move us toward or further on our path. So…

Regardless of beliefs, I hope this will help you feel good about taking your next step towards being the “who” you know you are meant to be.  At the very least, I hope this quote helps you to know that you are not alone. 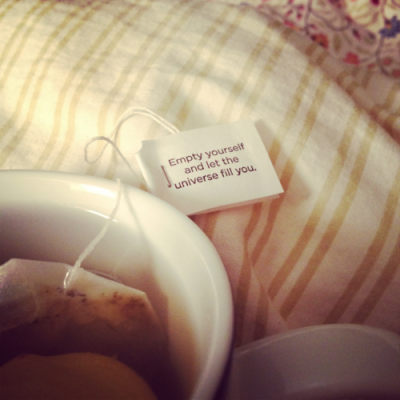 Pease write the names of three people or groups you feel led to pray for? What would you want God to do for them more than anything? Will you pray this simple prayer? God help…

Doug Coe, who is a remarkable man of faith, told this story about his friend, Bob Hunter. One day when Bob was searching to understand his own faith and what it all meant he asked Doug, “Doug, do you really believe what the Bible says about moving mountains when we pray?” Doug thought about it and answered, “Sure.”

Bob was rather incredulous, “Do you mean to say that you believe that if I prayed for a mountain to move, that it would move?” Doug thought for a while and said, “Let me put it this way. I not only believe it, but I will make you a bet. A $500 bet. Bob, what do you know about Africa?”

“Nothing.” “Then here’s the bet. I want you to pray for 45 days, ‘God help Africa.’ You can’t miss a single day. And that’s all you have to pray: ‘God help Africa.’ At the end of 45 days, you be the judge on whether any mountains have moved. If you think a mountain has moved, you pay me $500. If you don’t think a mountain has moved, I’ll pay you $500, no questions asked.”

Bob, being an astute businessman, rather liked the odds. He accepted the bet and began to pray daily, “God help Africa.”

Matthew 17:20 – 21: Afterward the disciples asked Jesus privately, “Why couldn’t we cast out that demon?” “You didn’t have enough faith,” Jesus told them. “I assure you, even if you had faith as small as a mustard seed you could say to this mountain, ‘Move from here to there,’ and it would move. Nothing would be impossible.”

Jesus and three disciples had just experienced “The Transfiguration” where Jesus is confirmed before Moses and Elijah to be the Son of God. Later, they come down only to find themselves unable to heal a little boy. Now what? Jesus says, if you have the faith as small as a mustard seed you could move mountains. How do we receive that kind of faith? Prayer!

Every week we have prayer needs brought before our church… we dutifully pray for someone who has the flu or needs surgery or has emotional problems. Recently we prayed as a congregation for needs around the world brought to us through the Sowing Seeds Ministry website by email. Every week, I hear about an improvement in one area or a healing in another…

Such is the power of prayer.

(The story continues) A few days later, Bob was at a dinner and sat next to an elderly lady. In the course of the conversation, he found out she lived in Uganda, and ran an orphanage there. Bob asked her a number of questions about Uganda and Africa.

After a while, she asked him why he was so interested in Africa. Bob responded, with some embarrassment, “You’ll never believe this, but I made a bet with a good friend,” and proceeded to tell her about his bet with Doug Coe. By the end of the evening, she invited him to return to Uganda with her in a few days to visit the orphanage. Bob accepted the invitation. When he visited the orphanage in Uganda… his heart was touched by the orphans.

After coming back to the US. Bob got a few friends together and bought a load of toys and clothes, and sent them to Uganda. The following week, he got a phone call from the orphanage. “Mr. Hunter, the children are so grateful for what you did, they would love if you could come again so they can make a special presentation to you to show you their appreciation. Can you come?”

Bob accepted the invitation, and was off to Uganda again. After a heartwarming ceremony at the orphanage, there was a phone call for Bob. It was the President of Uganda. The President had heard about the gifts to the orphans and called to thank Bob personally on behalf of his country.

The President of Uganda also invited Bob to visit him that afternoon. When Bob arrived the President was in the middle of rushing out of his office. He apologized as he had appointments, and invited Bob to come along, so they could get acquainted in the car. Bob accepted.

Along the way, at one of the stops, Bob looked out the window to see what appeared to be a stockyard — only this was a stockyard not filled with cattle, but with men. Bob asked the President what he was seeing.

The President responded that it was prison, and those men were his political enemies. The conversation went something like this: “But Mr. President, that’s not right to have men living in such horrible conditions. You must let them go.”

“But those are my political enemies–men who have tried to subvert my authority. I cannot let them go. That would be foolish.”

“You have to let them go — it’s not right that human beings would have to live in those conditions.”

The conversation did not last long, and shortly thereafter Bob was back in the US About a week after getting back, he received a phone call. This time it was from the State Department, asking him to come to a meeting with the Undersecretary for African Affairs.

Puzzled over the purpose of such a meeting, he nevertheless went to the appointment. At the meeting, the Under secretary of State for African Affairs and Bob had a conversation along these lines: “Mr. Hunter, on behalf of the Government of the United States, I want to thank you for what you have done in Uganda.”

“What? The US. Government is thanking me for sending some toys to some orphans in Uganda?”

“No, Mr. Hunter. It is about political prisoners. The President of Uganda recently released the political prisoners, which is something our government has been trying to get him to do for years, without success. He told us after taking this action that he was doing it because of what you said to him.”

1 Cor. 13:1–3: If I could speak in any language in heaven or on earth but didn’t love others, I would only be making meaningless noise like a loud gong or a clanging cymbal. If I had the gift of prophesy, and if I knew all the mysteries of the future and knew everything about everything, but didn’t love others, what good would I be? And if I had the gift of faith so that I could speak to a mountain and make it move, without love I would be no good to anybody. If I gave everything I have to the poor and even sacrificed my body, I could boast about it; but if I didn’t love others, I would be of no value whatsoever.

Paul pointedly reminds us that our most important function, as Christians is to love. Prayer helps us to truly love. Prayer is also humility because you must learn ultimately Who is in control: God!

Such is the wisdom of prayer.

But, Bob went. And did what he could to help the President select his new ministers. A close friendship developed between Bob Hunter, American Business man and the President of Uganda. The President even stays in Bob’s home in the DC area when he visits the US. And you can guess, after 45 days of praying “God help Africa,” Bob sent Doug Coe a check for $500.

Jesus said, “I assure you, even if you had faith as small as a mustard seed you could say to this mountain, ‘Move from here to there,’ and it would move. Nothing would be impossible.”

Swallowing hard, after doing some quick math, he accepted the bet. He laid out the ground rules for them that they had to pray every day for 45 days. They did not have to tell him what they were praying for and at the end of 45 days; it would be up to them to decide whether a mountain had moved as a result of their prayers.

After those 45 days, Doug received 12 checks for $500 each. A while later he received the 13th check, accompanied by a letter that went something like this: “Doug, my mountain didn’t move. But the discipline of praying every day for 45 days has changed my life, and so I feel I owe you this $500.”

Jesus said, “I assure you, even if you had faith as small as a mustard seed you could say to this mountain, ‘Move from here to there,’ and it would move. Nothing would be impossible.”

I can’t think of a better way to prepare during Lent, Holy Week and Easter than to pray. Look at your three prayer requests again. Write them down again where you will see them every day until April 30th. On that Sunday be prepared to hear about mountains being moved.

Take the 45-day challenge. I can’t promise you $500 dollars but I can promise you God can move mountains if you give Him a chance.